global contest entries, of which 671 were U.S. only

Hulu generates awareness and tune-in of The Handmaid’s Tale 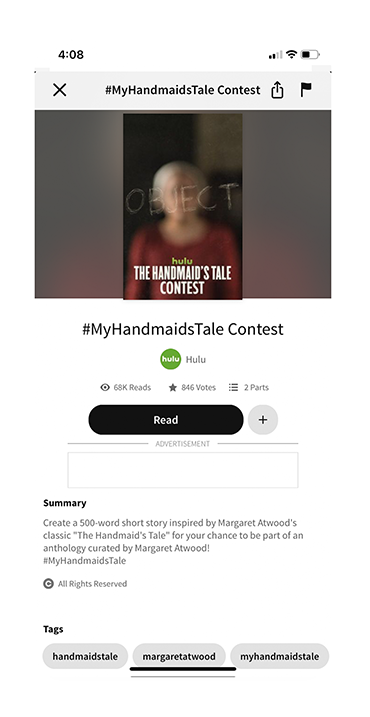 To engage the Wattpad community and leverage Margaret Atwood’s fans on Wattpad, Hulu launched a writing contest (#MyHandmaidsTaleContest) asking fans to submit short stories about their own versions of The Handmaid’s Tale. Winning entries were judged by Margaret Atwood herself, for a chance to be featured in an anthology. Plus, a layer of immersive video ads helped drive tune in as part of the overall campaign.

The campaign sparked conversation around the series and amplified discussion around global and political events, creating impactful results all round!