A Fifth of the Population is Ignored. Here’s How to Talk to Them

An exploration into discrimination that affects 19% of the population, and why it matters to marketers.

Society is a mosaic consisting of different people. As the public becomes more socially conscious, brands are now embracing this diversity by marketing a variety of narratives that represent a wider audience. However, there is one group where representation hasn’t yet caught on… The community of people living with disabilities.

According to the 2010 US census, 56.7 million — or 19% of the population — have some form of a disability. Despite this, there are only few instances where we see people with disabilities featured in advertisements. This lack of representation only further supports ableism, the prejudices and actions placed against someone because of their disability.

The lack of inclusion for this community has real-world effects, impacting their ability to be part of society. In 2010, only 41% of adults age 21 to 64 with disabilities were employed, compared with 79% of those with no disability. People with disabilities that did have jobs earned an average monthly income of $1,961 compared to those without a disability who received $2,724.

“In essence, ableism…  means disregarding one's disability, disrespecting someone for their disability and making assumptions about one's disability,” says journalist AnnaMarie Houlis of her experience with ableism in the workplace.

If you’re wondering whether your brand has unknowingly engaged in ableist behaviour, you can try looking at the type of language you use, assumptions you carry, and how you respond to criticism of your behavior. If you are not directly impacted by a disability, it’s easy to engage in ableist behaviour in a world that so poorly represents disabilities.

How to Include Disabilities In Your Marketing Narratives

Considering the amount of people with disabilities, it shouldn’t be difficult to find accurate representations. Unfortunately, people have too often missed the mark. For example, a few years prior, Kylie Jenner and Interview magazine came under fire for their photoshoot featuring Jenner in a wheelchair. The use of a non-disabled person to represent disability had people speaking out.

"Having a non-disabled person in a wheelchair, as a provocative fashion prop, will offend many disabled people. It’s rare that we see aspirational and authentic reflections of disabled people in advertising and the media. If we’re going to challenge assumptions about disability, particularly about sex and disability, we need to share real-life depictions and experiences," Beth Grossman, Head of Policy at Scope, told the Independent. 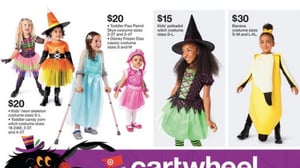 Don’t leave this alone, or give up, just because you’re afraid of getting it wrong. With mindfulness and effort, there are simple ways to include and accurately portray people with disabilities in advertising. Target did this through the simple act of featuring a girl using arm braces as Princess Elsa in their halloween ad. The ad showed that kids with disabilities can be whatever they want to be, an important message for people with or without disabilities. This action positively impacted the lives of children with disabilities while also boosting the public opinion of Target.

“Dear Target, I love you. Thank you for including a child with braces and arm crutches into your advertising campaign! And as Elsa, no less! My daughter (with arm crutches and prosthetic legs) is going to FLIP when she sees this! Including children with special needs into advertising makes them less of a spectacle to the general public when they venture out into the real world. Normalizing disabilities in children is PRICELESS,” said one thankful mother.

Representing Disabilities Is Good for Business

Besides being a socially responsible way to advertise, representing disabilities can also help your business. In 2017, Maltesers released a commercial featuring a woman with cerebral palsy joking with her friends about her sex life, spilling the chocolate coated wafers to illustrate a fumbling moment. While the commercial was on air the brand received an 8.1% uplift in sales and 20% increase in brand affinity, making it the most successful ad in over the decade since Mars acquired the 80 year-old-brand. These stories really resonate.

On Wattpad alone, over 12,000 unique stories written with the words “ableism” or “disability” in the tag, title, and description, received a combined 28 million reads.

“The [advertising] industry spends £20 billion a year on creating content that goes into people's screens at home and impact people's lives. With that voice comes an enormous responsibility to be inclusive and represent society in a really positive way," says Michele Oliver, vice-president of marketing at Mars UK.

Since people with disabilities are one of the most underrepresented groups of society, there is a lot of room for fresh new narratives that brands can explore. If you’re worried about treading into new water, try reaching out to a disability activist to ensure your representation is responsible.

Including this group of people opens up a world of potential stories to work with. You’ll engage your company in the inclusivity conversation, and reach a vast audience that deserves some relatable content. And if we may be frank, it’s about time.