Pride: Beyond the Bandwagon

You can build a much more meaningful relationship with the LGBTQ+ community by finding real members of the community and understanding them.

What can brands do, now that Pride month is over?

As you likely witnessed this summer, dear reader, June provides brands with a fee advertising idea — wrap whatever product you’re selling in a rainbow, paired with some variant of the slogan, “Buy this, and support pride.” This is not inherently a bad thing, assuming it comes from an authentic place and intent—but how do you measure an ephemeral idea like ‘intent’ and who gets to decide what that looks like? And therein lies the rub, you can build a much more meaningful relationship with the LGBTQ+ community by finding real members of the community and understanding them.

“Any brand considering including LGBTQ+ content in their communications should first look within and talk to their LGBTQ+ colleagues... And that in turn must be part of a broader authentic inclusion,” PrideAM CEO Mark Runacus tells i-D.

Fortunately, according to a survey ran by Human Rights Campaign called the Corporate Equality Index, it looks like companies have been doing that very thing. When the survey started in 2001, only 13 of the surveyed companies scored a perfect score for how hospitable their workplace was for LGBTQ+ employees. In 2018, that number has risen to over 600. Improvements like this were only made possible thanks to activists who spoke out before it was the norm.

A Look at LGBTQ+ Activism, Before It was Cool

It wasn’t always in the popular discourse for businesses to openly support LGBTQ+ communities. There were some who risked plenty to stand on the right side of history with their corporate activism. For example, in the early 1980’s, AIDS was a pandemic without public support. Due to rampant homophobia and a ‘religious-right’ political climate, there was little insensitive to look into a disease that largely affected gay men. 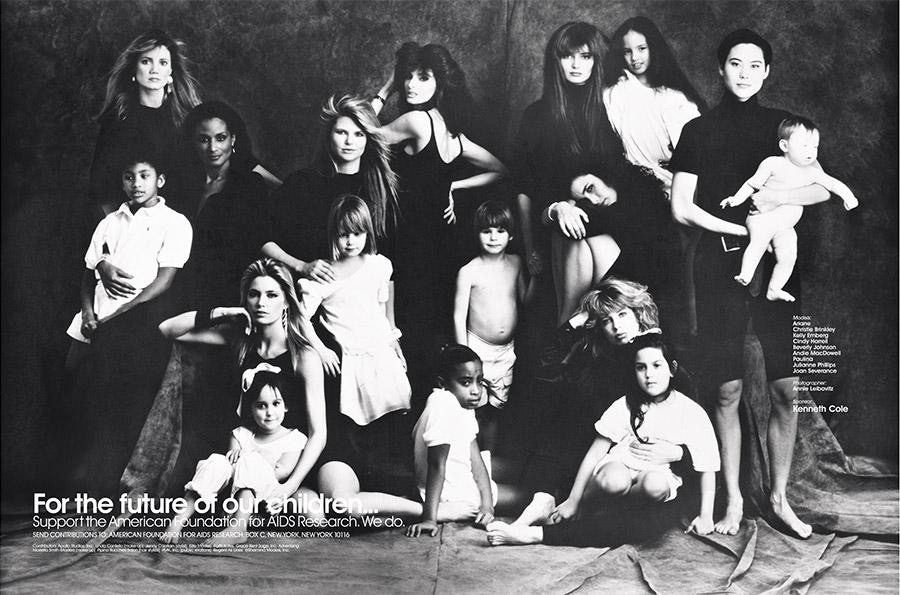 By 1985, Kenneth Cole recognized this trend and decided to take action. He gathered models and children to be in a photoshoot that would draw attention to the virus. The caption read: "For the future of our children... Support the American Foundation for AIDS Research. We do.” It’s not a “true” advertisement though — Kenneth Cole appears in name only as a sponsor.

“It has been said that stigma has killed more people than the HIV virus,” said Mr Cole while delivering a keynote address at the 2017 Human Rights Council Social Forum. “At its roots, this is about intolerance and discrimination. Social justice is non-negotiable...I believe that business brings to the table efficiencies, economies and a culture of change.”

As the popular discourse has increasingly turned in favour of supporting LGBTQ+ communities, businesses have found that they can profit from this positive public image. According to a 2014 Google Consumers Survey, 45% of people under 34 years old say they’re more likely to continue buying from a LGBTQ+ friendly company. Of that group, 54% say they would choose an equality-focused brand over a competitor.

“Brands are held accountable not only for the quality of their products and services but, increasingly, for their stance on the political and social issues that today's consumers face. This is especially true when it comes to LGBTQ+ advertising,” says Brendan Snyder in a Think With Google blog post.

How Companies Are Doing Now

At Wattpad, we stood with the LGBTQ+ community through our “Pen Your Pride” Write-a-thon. We’re taking our pride and supporting it with real action, donating $1 to the International Lesbian, Gay, Bisexual, Trans and Intersex Association for every LGBTQ+ story published on our platform. Through this initiative, we hope to not only see more representation of LGBTQ+ stories but also make a meaningful difference through donation to an organization that works to ensure everyone is treated with respect. Naturally, LGBT stories resonate with many in our community all year round.

Many other companies show their support by featuring LGBTQ+ couples in advertisements year round. Tesco’s Valentines Day advertisement is an example of positive gay representation without specifically stating their support for the LGBTQ+ community. Or, you can unify people of all sexual orientations facing similar challenges, like Google does with It Gets Better. These seamless integrations help to normalize representation and raises the standards for future advertisers.

And Now, Including Everyone

While advertisers are starting to show narratives of the LGBTQ+ community, a lot of the focus remains on the LG part, while plenty of people’s stories are still being left out.

“When it comes to trans representation in the media, we are playing catch up. Visibility has increased but our stories are not being told ad-widely,” says model and social activist Munroe Bergdorf.

If your company finds itself on the pride-month bandwagon, consider how you can show your support for the community year round. This could mean implementing specific LGBTQ+ friendly policies, making the community part of your social outreach, or focusing on equal representation. When done consistently, all of these initiatives make your company and the wider community better.

Have a look at Pen Your Pride, a campaign Wattpad hosted in partnership with the International Lesbian, Gay, Bisexual, Trans and Intersex Association.