Do It for the Gram: Why Photo Opportunities are the Key to UGC

How photo opportunities are a great way to spread your brand through word of mouth marketing.

When Colette Miller illegally painted a pair of angel wings in Los Angeles’ Arts District in 2012, she had no idea that they would become a means of advertising. The wings made of vibrant colours provide a photo opportunity where people can stand in front of the mural and create an iconic—an angelic—image. It became an immediate hit on Instagram, and businesses started to commission Miller to paint a set of wings on their walls. 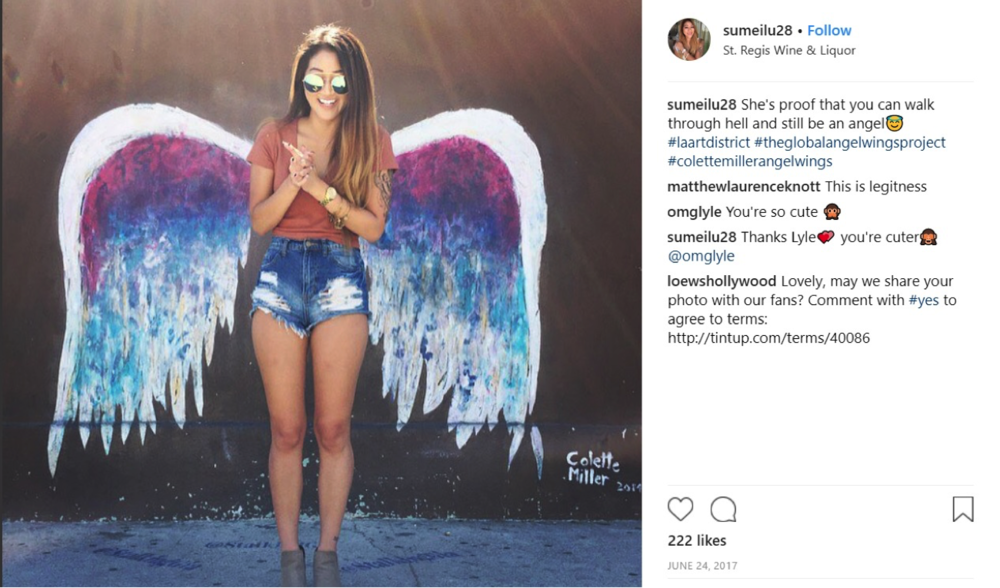 Miller’s mural is an example of a simple tactic: creating a photo opportunity in a public space will bring people to you. From a cultural standpoint, this trend is known as “wall scouting.” Done well, this tactic spreads your brand’s identity and location through UGC on social media.

For example, St Regis Wine and Liquor, one of the 200 locations for the angel wings, is geotagged on Instagram with photo upon photo of people posing with the mural.

The Pink Wall: From Foot Traffic to Internet Traffic

One of the most successful examples of this technique, a photo opportunity for promotion, in action was conceived in 2005. The pink exterior of the Paul Smith store in LA known simply as the Pink Wall, was initially created to draw the attention of passing drivers.

In the past few years, it has become a staple of Instagram backdrops. "Did you even visit L.A. if you didn't stop to take a photo in front of the pink wall?” one tourist told the LA Times.

Visual intelligence platform Dash Hudson reports that the geotags ‘Paul Smith Melrose’, ‘Paul Smith Pink Wall’ and ‘Paul Smith Limited’ have a combined 28,728 posts as of April 5th 2017, and have reached a possible 129 million users. The irony is that the Pink Wall was painted in 2005, five years before Instagram was even founded. Even though the pink wall serves as a magnet for UGC, the motive behind the pink wall was far simpler.

In an article for Fashionista, Dhani Mau notes that most of the photographers don’t actually enter the store, not surprisingly since their age range doesn’t correlate with the pricey dresses and suits that hang on the racks in Paul Smith. Mau says that Carrera Cafe which opened up directly across the street in 2016 is likely to have profited more from the draw of the wall. Whether or not the sales will come as the wall’s fans grow up to meet the demographic of the store remains to be seen. Nonetheless, the Pink Wall does prove the power that photo opportunities have to attract Instagram users and create brand awareness. 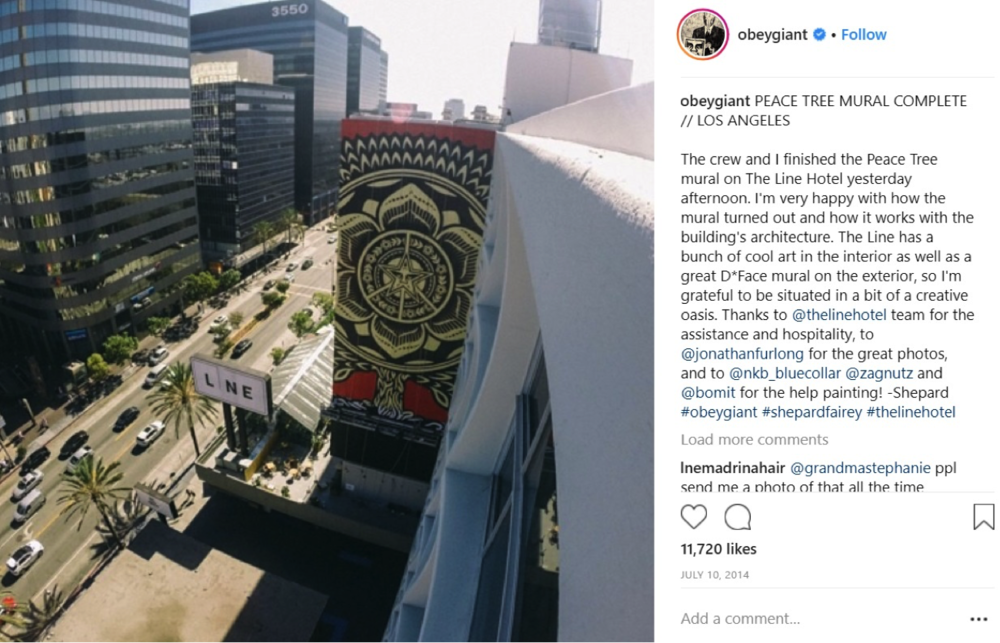 When Advertising and Art Fuse

When Miller was approached to start painting wings for advertisements, she was hesitant at first wondering if she would be losing her artistic integrity for profit. However, after deliberating the idea, she came to the realization that this would be a way to spread her message by giving more people the chance to see her work. Now, 90 percent of her angel wings are commissioned.

Gil Eyal, chief executive of Hyprbrands, an influencer marketing platform, says that when people view murals commissioned by businesses they perceive it as art rather than being marketed to. This sly means of advertising works out for the artists too.

“To have all of the top influencers in the city posting your work is an artist's dream,” Amber Venz Box, president of RewardStyle told Business of Fashion. The platform to help influencers had commissioned artists to promote their new app. This organic mix of advertisement and art resonates with consumers as they rush to take a photo in front of a mural they may not even realize is intended as promotion.

In LA’s Koreatown the Line Hotel can be distinguished by the 10-story ‘Peace Tree’ mural created by Obey founder Shepard Fairey. The mural is there to grab the attention of passersby according to Gabriel Ratner, vice president of operations at Sydell Group, the hotel owner.

"People stop by to grab a photo,” said Ratner, “and then end up coming into the hotel lobby for a cup of coffee or cocktail."

Photo opportunities are a great way to spread your brand through word of mouth marketing. If you want the community to support your brand, give something back to their culture for them to rally around.