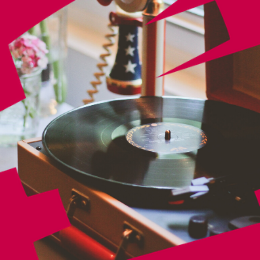 Have you ever felt nostalgic for an era that you didn’t live through? When it comes to style and design, what goes around comes back around. There’s no denying the marketing power of nostalgia; just look at the vinyl record renaissance, TV shows from generations past getting rebooted and revived, and the fashion world constantly drawing on its past to create its present.

In fact, 81% of the U.S. members of our youth panel, Generation Wattpad, reported that they feel nostalgic about the past or “old school” things from previous generations.

Connecting with this influential generation has never been more accessible than with the following nostalgia-driven marketing strategies:

From the immensely popular Netflix series, Stranger Things, to the cultural phenomenon known as Pokémon Go, there are few things that can capture the hearts of Gen Z more than aligning your brand with the past.

Generation Wattpad revealed that Pokémon was one of the top things to find nostalgia in, along with “old TV shows”, “retro phones”, “vintage fashion”, and “people hanging out without their phones” – motifs all central to the Stranger Things universe.

The cohorts’ affinity for all things old school extends to many facets of culture, from fashion, to design, and of course, storytelling. Wattpad stories tagged #nostalgic grew a whopping 20,460% in 2019 alone! Wattpaders additionally triggered a 223% increase in stories tagged #vintage, and a 164% jump in ones tagged #oldschool.

Envisioning and getting lost in a world they never experienced themselves, our Wattpad 2019 Year in Review reported staggering growth in the realm of historical fiction writing. Reading time for story tags specific to time periods in the 20th-century saw a year-over-year increase of 200%! That’s 600 million reading minutes in 2019 alone inspired by an 88% jump in uploads.

It’s clear that drawing on the influences of the past, but re-torquing them to gel seamlessly in the present world is a tactic that yields a strong emotional response from Gen Z.

Take a closer look at your branding

Brands have a wealth of actionable ways in which they can tap into this nostalgia-fueled frenzy, all thanks to modern technology.

While one Generation Wattpad member clearly stated “I am a big fan of retro design and love most things that recall older decades. Records? Count me in. Polaroid cameras? Heck yeah. Typewriters? 100%. I love things from lots of past decades, probably from the 50s up until the early 2000s,” marketers need not be too concerned with how they achieve an old-fashioned appeal.

Adapting a marketing strategy to appear vintage may be as simple as switching the font to “typewriter”, incorporating nostalgic messaging into the company blog, and plastering a 35mm film or polaroid filter over the creative.

If your company sends physical mail out to customers, leaning into nostalgia might mean creating a campaign that involves ditching the typical flyer in favour of sending a personalized letter, something Generation Wattpad was nostalgic about, directly to their mailboxes.

And when it comes to your visual identity? Styling product shoots with props that may have once appeared on the set of a 50s TV show, such as glass soda bottles in a retro diner sipped by models adorned in vintage outfits help create the mood that Gen Z wants to associate themselves with.

One of the greatest things about nostalgia is that we can all relate to it. Chances are that you’re quite familiar with many of the things Generation Wattpad listed themselves as wistful for. Infusing sentimentality into your marketing campaigns is a surefire way to reach Gen Z, and may simply require you to get a little nostalgic yourself to access their thought processes and spearhead your brand’s campaign.

Generation Wattpad was clear, they’re enamoured with all things vintage. The opportunities to reach Gen Z through the power of the written word are expansive. Why not create a story writing contest where participants write a letter to a friend from the perspective of themselves in another era? Contact us at brandpartnerships@wattpad.com to start the conversation.