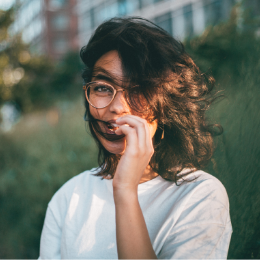 As a Gen-Z first platform with over 85% of our community identifying as female, Wattpad is, in many ways, on the virtual front lines of female self-expression. And as the most socially progressive generation, Gen Z has made causes like racial and gender justice their raison d’etre. We’ve seen it across the platform—from the Free your Body movement, to the sheer volume of women-driven sci-fi, fantasy, and historical fiction you’ll find. But that doesn’t mean Gen Z is immune to outdated standards of womanhood. We spoke to our youth panel, Generation Wattpad, about their experiences with gender stereotypes.

What they see matters

According to our recent youth panel study, many Gen Z females (the respondents were 93% and 98% female-identifying in the U.S. and Canada, respectively), are keenly aware of and trying hard to combat long-held stereotypes about women. They’re fighting back against gendered stigmas by actively choosing which media they consume, and/or creating it themselves in order to see themselves and their friends, families and everyday lives represented. “I've planned several stories with overweight protagonists and average-looking characters,” said one respondent to Wattpad’s youth panel survey back in March. That starts with whom they see and where they see them. “You’re expected to dress cute and stuff,” said another Gen Z female of the pressures she feels from society, echoing the sentiments of her peers who listed appearance pressure among the list of stereotypes they are fighting against.

Another area that has Gen Z frustrated is gender parity. When we asked female-identifying people if they feel equal to their male counterparts, 51 percent said yes, while 49 percent said no, showing there’s still a lot of work to be done for Gen Z to feel gender equality is being achieved. The unique pressures and stressors that women feel are influenced by the inequality they face in their domestic, work, school and social lives. Despite the efforts and progress of the feminist movements and the #MeToo movement, men still make more money than women, while women still face sexism and discrimination in society, and do the lion’s share of the domestic work at home in heterosexual relationships. Gen Z females are an enlightened, equality-driven and forward-thinking group. As committed as they are to closing the gap, it’s still there every day.

Marketing on the binary? You’re falling behind

When we conducted our 2019 Gen Z Census, we were surprised to hear 47% of the U.S.  members of Generation Wattpad tell us they didn’t see themselves in the marketing they consumed. But Gen Z’s own identity is dynamic, and brands have struggled to keep up. “I challenge [gender stereotypes] every time I wear something viewed as feminine because I’m nonbinary and there’s a stereotype that we have to look androgynous or masculine,” said one of the Gen Z youths that answered our survey. A common idea Gen Z is hoping to change is that women are not as strong as men, with a female respondent telling us: “I’ve tried to challenge the ‘women are weak’ stereotype.”

Even the retail environment reinforces the very gender binary that Gen Z challenges. 68% have already shopped for themselves in the section for the opposite gender to which they identify with (i.e. in the men's clothing section if they identify as a female) and 21% said they would be willing to do it. Doing some quick math, 89% have either shopped a different gender or would be willing to. If you’re still creating products only for women or only for men, you could be missing out.

68 percent of respondents say they have tried to challenge a gender stereotype, with many responses consistent with the concerns of previous generations. They feel that certain career fields are gendered, with higher earning, STEM and business roles reserved for males, and that no matter their job or lifestyle, women are still expected to fulfil most of the domestic duties in the home. “[I’m challenging the stereotype] that women can't be gamers,” said one female identifying respondent. “[I] have actually started coding my own games in my free time since learning there are a lot fewer female game creators/designers in the field.”

Stereotypes that some Gen Z men seek to challenge include: dressing in more traditionally feminine ways and expressing vulnerability and emotion, which are often seen as more feminine traits. This comes across in more overt ways, like boys crying in public, and also in something as simple as using emojis. “For some people, guys sending emojis is just unacceptable,” said a male respondent. “I’m breaking this by issuing emoticons every time I talk to someone.”

We asked our panel if they could name any brands that are doing a good job of making women feel empowered. Names that came up again and again as leaders in this area are: Fenty Beauty, Savage x Fenty, Nike, Pink, and Always. Notice the double-inclusion of Rihanna-owned brands—her message of racial, size, and gender inclusivity is clearly resonating with this generation, even if the brands are inherently selling the very products many Gen Z feel reinforce standards of beauty. They don’t mind being sold the need to wear makeup and lingerie if it's devoid of the patriarchal gaze. Messaging and positioning are everything. However, many respondents couldn’t name any brands that they thought of as empowering, pointing to the promotional end goal of advertising as inauthentic without a sustained commitment to growth and change. One said: “Every [brand] can put on a facade every March [for Women’s History Month] . We see it with Pride month, making their logo rainbow and then forgetting about it [after]. We notice this. Don't think we don't.”

It’s on individual brands, then, to reach Gen Z by living up to the same empowered and equal ideals that they hope to promote. This is bad news for inauthentic or otherwise old-fashioned brands that follow the old model of white, hyper-sexualized, heteronormative beauty ideals. It’s time for them to evolve. A good place to start is by portraying examples of people Gen Zers might see in their real lives to encourage representation, confidence and self love.