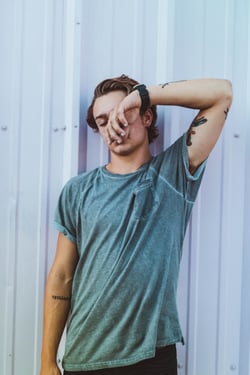 People are more isolated than ever—and it’s not because of their phones.

The loneliness epidemic is real—and Gen Z feels it the most. If you’re looking for an easy explanation, it might be tempting to blame modern technology—keeping us isolated on our phones instead of out in the ‘real world’—but researchers say that’s not the case. Rather, other factors like the erosion of neighbourhoods, decreased church attendance, and splitting of families are more likely the causes of decreasing socialization.

The number of teens who spend time with their friends nearly every day has decreased by 40 percent between 2000 and 2015, and they’re feeling the effects. 42 percent have felt depressed because they’ve felt alone. And they’re not the only ones—32% of people 55 years or older say they’ve felt the same.

Magic happens when people get together

When Niantic brought Pokemon Go to people’s smartphones, the streets swarmed with people trying to “catch ‘em all.” This phenomenon extended far beyond hardcore gamers — at its zenith, it caught the attention of 45 million people. It still retains 5 million monthly active users, and has built a billion dollar business in the process.

Pokemon became a stimulant for bringing digital gaming into social spaces, and people didn’t just leave their couches to be on their phones. Sure, the pull of spotting a rare Bulbasaur was a draw, but lure parties and Pokémon Go meetups seem to demonstrate that many users were, at least indirectly, looking for something more.

When people meet through your brand, they also connect with it

Much like gaming, writing has traditionally been seen as a solo sport—but it doesn’t have to be. That’s why at Wattpad, we host Wattcon. It’s a simple act—turning Wattpad from a URL community into an IRL one for two days—but its effects are immediate. Each year our writers count down the days until Wattcon returns.

Similarly, a warehouse in San Francisco was recently the meeting place of a sold out “Drunk User Testing” event, where people paid to drink beer and test out apps. It wasn’t the draw of the brands or even the app testing itself that brought the crowd out—it was the thrill of turning user testing—again, traditionally a solo sport— into a social activity.

Want more proof of the power of connection? Check out these highlights from WattCon 2018, our conference supporting the Wattpad writer community.

Despite experiencing high rates of loneliness, Gen Z remains optimistic about the future. Click below to read "How to Navigate the Practical Optimism of Gen Z".

This article was originally published on July 20th, 2018.