Please note that the research referenced in this article was completed in April, prior to the very important conversations round racial inequality coming (again) to the forefront of our society. The demonstrations, protests and media attention that have occured over the last month have impacted the perspectives of all of us, including the members of our youth panel Generation Wattpad. 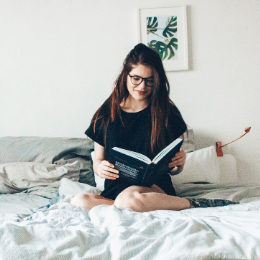 COVID-19 has inherently shifted the way the world operates in a manner nobody anticipated. With public health rightfully top of mind, the natural rhythm of our society has been disrupted in favour of flattening the curve, a deeply important task with predictable, albeit unfortunate side effects – we all have cabin fever.

Having waved goodbye to their (in-person) social lives, Gen Z has been deeply affected by this development, forced to source new ways to occupy their time from the comfort of their homes.

So what does this look like? Earlier this year, Wattpad sought to understand Gen Z’s habits and interests during this period. In two separate surveys conducted between April 20th and April 30th, we garnered fascinating information from our youth panel, Generation Wattpad.

A key finding? Gen Z is currently sourcing their greatest inspiration during COVID-19 from escapism and entertainment. Here’s how brands can harness this distinct moment in time to win over the generation by providing them with the escape they crave.

No amount of polaroids of friends can make the four walls of Gen Z’s bedrooms feel any less confining, and they’ve naturally grown tired of their current, isolated reality.

Due to this, 87% of Gen Z agreed or strongly agreed that they are currently looking for content that provides them with a sense of escapism, allowing them to get away from all that is going on in the world. Who could blame them?

Diving headfirst into the depths of an alternate world can be an exciting way to not only escape one's own, but to source valuable inspiration. We asked where they are finding their greatest inspiration right now, and the most common responses were reading, at 82%, followed by TV and movies at 76%, and writing at 63%.

“Reading is bringing me the most joy right now. I'm able to shut myself away from the rest of my family and escape to a different story" a Generation Wattpad member reported.

In fact, while 60% of Generation Wattpad wants brands to make entertaining content to read or watch, 49% report craving longer form content, such as books and movies.

You might be thinking to yourself “I thought Gen Z had short attention spans,” and, as it turns out, quite the opposite is true. The disconnect between reality and this misconception is highlighted when we take note of the fact that only 23% agreed or strongly agreed that they prefer short form content. Therefore, Gen Z’s appetite for longer form content, particularly that which has deep storytelling, is more demanded than you may have previously believed.

In April, Wattpad published a report of findings from our first set of research on how COVID-19 had impacted Gen Z’s lives, and how they expected brands to respond.

A key takeaway revolved around the topic of generosity, and Generation Wattpad was clear with their expectations. When asked to select 3 actions they desired from the brands they admired, 66% wished to see donation of supplies, and 41% sought out monetary donations. This did not come as a total shock, as Gen Z is the socially-conscious generation after all.

Generosity means more to Gen Z than just huge donations. In our latest survey, Generation Wattpad reported tangible ways to give back. For instance, generosity doesn’t have to be monetary, but can instead take the shape of providing strength and positivity to Gen Z during this period. 58% agreed or strongly agreed that brands should only put out advertising that holds a positive message at this time, highlighting how the generation is seeking more than just financial support from brands right now. For example, Apple’s Creativity goes on ad rises above the noise with a positive message by showcasing that in every corner of the world people are finding new ways to unleash their creativity and inspire one another while being confined to home.

However, 37% told us that they wished for brands to provide new or better products to use at home since they can’t access certain services right now.

Speaking of providing a new product to use at home – YouTube hit the nail on the head. With movie theatres closed for the time being, YouTube announced that it would be streaming a free 10-day global film festival called We Are One. The festival began at the end of May, and the curated programming was put on in participation with TIFF, Cannes, Sundance, and several others. Right up Gen Z’s alley.

To be honorable and charitable during a time of struggle is something that Gen Z expects from the brands they admire. They’re bored, they’re stressed, and they’re looking to escape those feelings. Brands can help.

By practicing generosity and providing the cohort with an avenue to access content they wouldn’t normally be able to engage with, like long-form content that allows them to forget about the world and dive into a different realm, brands are showing Gen Z just how much they matter.

Download the full report, How Gen Z is navigating their new normal, to gain access to even more insights on how Gen Z is responding to COVID-19.

This article was originally published on LinkedIn.