How to Navigate the Practical Optimism of Gen Z

Posted by Wattpad Brand Partnerships
The glass might be half full, but they still want to fill it. 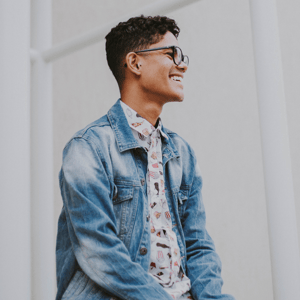 Every generation is a product of their time. Baby boomers grew up in the postwar era witnessing economic prosperity and the moon landing. As such, they became known as a self-assured, competitive group with a strong work ethic. Approximately 80 years later, Generation Z has been shaped by a very different reality.

There are a few key factors that largely account for the people Gen Z are becoming. Many of them don’t remember a time before 9/11, for example, and their childhood was affected by the recession that dealt a major blow to the global economy. And yet during their adolescence, technology continued on a trajectory of rapid improvements. In fact, life without modern, up-to-date, technology is an alien concept to this generation.

Understandably, these factors have had a great effect on the teens and young adults of today. This is a generation of practical people who are on track to become the largest generation of consumers by  2020, and they account for $29 to $143 billion in direct spending. This is also a group of people that understands the challenges the world holds, yet remains optimistic about the future.

How This Mindset Affects Gen Z

In 2018, political tensions are high, environmental issues are causing irreversible damage to the planet, and for young people especially, soaring costs of living and student loans are leading to crushing debts — to name just a few examples. Needless to say, it can be a scary world out there.

Gen Z is realistic though, and they acknowledge that the future is a lot to handle. 25% say their generation is stressed but they’re dealing with it and 40% consider managing stress and health as an important issue in their day-to-day lives. This generation knows that everything from mental health to finances to global welfare is precarious and that they take action to better the situation.

We asked members of our youth panel, Generation Wattpad, about what optimism meant to them, and  373 respondents between the ages of 13–34 sounded off their definition. The word “optimism” was mentioned 259 times, but 119 negative words (“bad,” “hard,” “negative,” “dark,” “wrong,” “difficult,” “worst”) were used within all statements about optimism.

One insight to draw from these types of responses — Gen Z respondents considered optimism in the context when it’s most important, during the more challenging times.

Instead of shrinking under the pressure, Gen Z aims to make the world a better place. This group wants to enact change more than any previous generation, 55% consider helping others as a sign of a successful lifestyle. And it’s not just talk: 49% of teens volunteer at least once a month and 20% aspire to start their own charity.

Dosomething.org is an online platform that enacts real-world change by organizing campaigns for those who are looking to get involved. There are events across 131 countries that range from environmental clean ups, to safety awareness, to spreading messages of love. These campaigns are powered by Gen Z’s philanthropic mindset that has led 6 million young people to put their efforts towards a worthwhile cause and take action.

What Brands Can Do

Gen Z won’t be left in the dark. Since these digital natives have always had information available and at their fingertips on any given device, they have a good understanding of how the world works. Because of this, it’s in a brand's best interest to be as transparent and authentic as possible. This generation also won’t be fooled by shallow activism that seeks to capitalize on modern-day movements. This is a generation that will instead show loyalty to companies who practice what they preach. If you’re voicing support for a specific cause, Gen Z needs to see those views emulated through your operations.

Brands can win over the hearts of Gen Z by giving them opportunities to participate in what they’re passionate about: helping others. Be it a clothing or food drive, run for a charitable cause,  or a write-a-thon, there are plenty of ways to engage this group. Gen Z is going to be burdened with fixing critical global issues in the future. Now, they seek to make this journey easier. Brands who strive to connect with them need to share that sentiment.

Learn more insights from our youth panel, Generation Wattpad, on how this generation is optimistic about the future.