The Big Tradeoff - Why Gen Z is trading their data

Recent headlines on stolen data hasn't stopped Gen Z from being willing to share it, as long as they learn more about themselves. But at what cost? 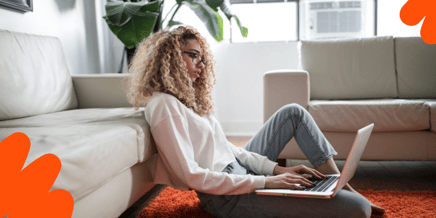 With so many headlines about stolen data and massive hacks, you’d think social media users would be deleting their accounts. Not so for some users who are going in the opposite direction. It would appear that Gen Z is actually getting cozier with online retailers and social media companies. For example, a recent report from Episerver noted that overall 53% of consumers think brands and retailers should prioritize their online anonymity more in 2020, but only 39% of Gen Z consumers thought so.

In 2019, Bloomberg reported that young Instagram users, including young people under the age of 18, are switching their profiles away from personal ones to business ones. For users, the difference is in the data. Rather than the basics of likes and comments, users with business profiles see a complete dashboard that shows details like when their posts are popular and with which demographics.

Like brands, Instagram users want more data on how their posts are performing: the gender of the accounts that like their posts, the times of day when a post is succeeding, how often posts are viewed, and more. In exchange, however, their now-corporate accounts share once-private information like their email addresses and phone numbers.

For Gen Z, the trade-off is the information they learn about themselves. According to a McKinsey & Company report, “Gen Zers are always connected. They constantly evaluate unprecedented amounts of information and influences. For them, the self is a place to experiment, test, and change.”

And among Gen Z, social media is their laboratory for exploration. However, while some Gen Z are willing to trade their private information for serviceable data, there are larger privacy concerns. Social media mining - using public, user-generated content to get data - is central to how social media companies work. When users sign up for any given social media site, they agree to a set of terms and conditions that will describe what happens to their data.

But the free flow of data is increasingly raising major privacy concerns. When FaceApp went viral last summer, there was immediate skepticism: perhaps, it was suggested, the photos people were uploading to the app were then being sent to Russia. FaceApp denied the allegation saying, “Most images are deleted from our servers within 48 hours from the upload date.”

And the depth of data has troubling implications for not just the privacy of the users themselves but for the others - friends, family, fans - who interact with them online.

The concern of being inappropriately data-mined is a big one for young social media users. For Gen Z, the trade they make with social media companies is a pragmatic one yet it’s an exchange made with ethical concerns in mind. As McKinsey reports, Gen Z expects their world to be a thoroughly personalizable one while sharing every other generation’s discomfort with sharing personal data.

As the documentary The Great Hack shows, the information we share online lives multiple lives - first, as data connecting you to friends and family, to eventually as personality profiles for political campaigns. It’s possible that data goes on to be much more nefariously used. As journalist Carol Cadwallader says in the film, “These platforms which have been created to connect us have now been weaponized.” Yet the line between connecting online and doing so ethically is a line that Gen Z is uniquely prepared to walk.

What does all this mean for the future of marketing to Gen Z? While their level of comfort with sharing data could change at any moment, marketers should focus on using data to drive what brands do for and with consumers rather than to them, and look for opportunities to create new value, particularly ones that provide them with unique insights about themselves. Brands should look to build meaningful relationships and trust with their customers. It’s possible we’ll see a future where they will choose only to share their data with brands offering the most value in return.

Want to know how Gen Z feels about certain social platforms?  Download our latest report JOMO - The Joy of Missing Out.