When a Marketing Stunt Doesn't Go as Planned

Why a planned influencer stunt went wrong, and how you can avoid the same misstep. 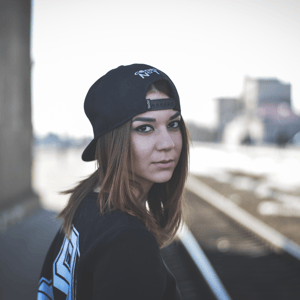 Imagine this — you’re an Instagram influencer and you’ve been invited to a dinner at a popular gastropub to taste test their new menu.

Here is what you think you know: the owner of the restaurant is an award-winning chef who will be preparing your meal. You’ll be dining amongst other influencers who have been hand-picked for this special event, which is split into two seatings. You’re part of the first. There will be cameras to record content and real-time feedback during the dinner. The food served would be “honest, unpretentious and delicious,” prepared using “interesting preservation techniques.”

The plates have been cleared and you’re chatting with your dining partners about this or that. The chef comes out and asks everyone how they liked their meal. Polite, but genuine, claps. Nods of heads. It was pretty good.

Then, the chef announces something you never expected:

“Some of the food you’ve just eaten was made three days ago. It was kept refrigerated and wrapped using…a cling wrap product.”

The looks on your fellow diners’ faces are less than impressed. He pauses, his expectations for applause dashed by silence. Someone starts handing out forms to all the diners present. The chef continues:

“We’re passing out consent forms. You are not obligated to sign, but if you do, you’ll be paid $300 for participating and $1,000 if your face appears in the commercial [for the plastic wrap company].”

How would you feel? Duped? Cheated? Satisfied at having been wined and dined for free, and also paid for it?

How It Played Out in Reality

Now that you’re all caught up, specific phrasing of the dialogue aside, this essentially actually happened to “Chicago Food Dude” Adam Sokolowski, a popular Instagram influencer with over 40,000 followers, who was less than impressed by what he called a “bait-and-switch” setup. An ad agency planned the event at Chicago restaurant Giant, promoting a popular brand of food wrap.

Upon finding out ahead of time from a source at a nearby restaurant what the event was really about, Sokolowski approached the chef directly and asked him about it. The chef admitted that the food had been prepared three days in advance. When Sokolowski asked him when he was planning to reveal this information, the chef confirmed his fears: after the meal.

Sokolowski couldn’t believe it. He told the chef/owner of the gastropub that what he was doing was not only unethical, but potentially a violation of his license, and “definitely a complete dereliction of hospitality.”

When a Surprise Shocks

When marketing stunts spring up unexpectedly like this, influencers are put in a position where they feel pressured to participate. As Sokolowski pointed out, “Influencers work with so many brands, and it takes weeks to decide if we eventually pursue a professional relationship. But I’m supposed to decide after a dinner with a contract I didn’t have time to read that I’m going to sign away my likeness for a project I didn’t consent to? This was questionably ethical and put a bad taste in my mouth.”

Transparency is key in transactions with influencers, who have made their name by earning the trust of thousands -- sometimes millions -- of followers. The influencers, in this case, were not offered the chance to consider the working relationship. They felt duped.

“The influencers were under the assumption that they were going to do their job — promote the chef and the restaurant,” said Megy Karydes, Professor of Communication at Johns Hopkins University. “An influencer is a marketer, and there are laws that cover how they promote stories. The event was like a market research study, and you need to agree to the process from the beginning. They were not offered that chance.... The journalists and influencers were only doing their jobs, to cover the supposed new menu, but they were tricked into doing work they didn’t know they agreed to.”

We saw recently in the beauty industry, audiences go to influencers for their authenticity and honesty. What this stunt failed to do is provide influencers with the facts their audiences want to know, and ignored the influencer’s opinion throughout the process. As we’ve learned from working with our Wattpad Stars, total transparency is the only way to go. Access does not equate buy-in; a fancy meal, a big-ticket event, or free product, does not guarantee favourable placement. Instead, treat influencers the way you would treat other professionals—this is, after all, their livelihood.

As there are no hard and fast rules when it comes to working with influencers, every brand has to carefully decide how they want to approach influencer marketing. Click below to read our article The Anatomy of an Influencer-Brand Relationship.