Generation Z doesn’t know a world without digital connection, having been born into a world where the internet, social media and mobile devices are the main form of communication, information dissemination, entertainment, and self-expression. In our latest survey, we ask Gen Z about their media consumption habits and preferences as it relates to TV, movies, gaming, music and podcasts. Here’s what we discovered: 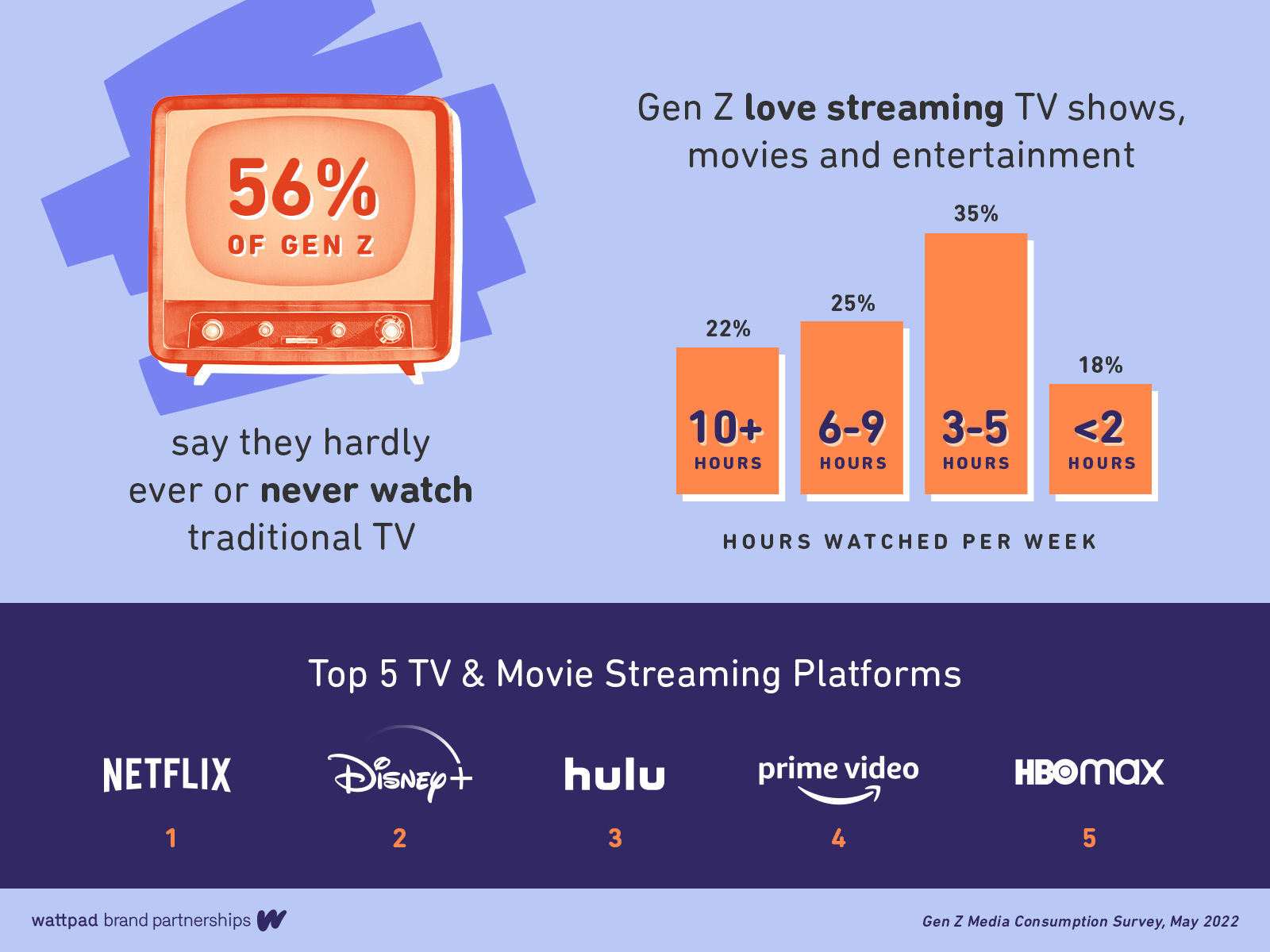 Gen Zers have an average attention span of 8 seconds. What does this mean for brands and media? They have to capture Gen Z’s attention quickly by standing out against an endless chain of entertaining content. With 56% of Gen Z saying they hardly ever or never watch traditional TV, it's clear that streaming services like Netflix, Crave, and Hulu have taken over cable television networks. And one of the main reasons they’re more popular, other than having a wider entertainment selection, is that they don’t have ads or commercials. That said, once Netflix releases their ad-supported tier and password-sharing restrictions, will Gen Z abandon streaming services for good? 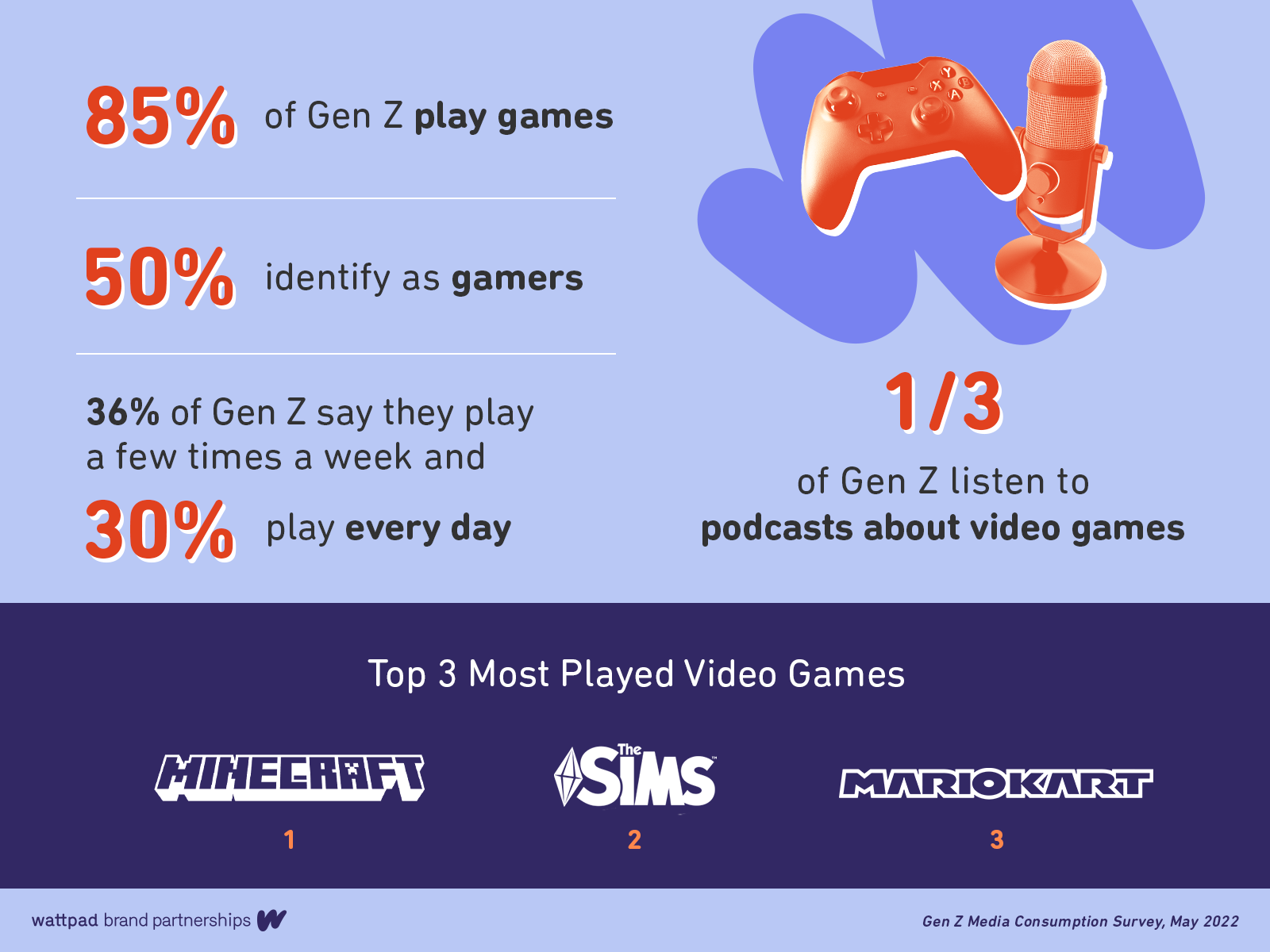 According to our Media Consumption Survey, half of Gen Zers in the US identify as gamers. Gaming has become a more accepted personal identifier, allowing Gen Z to be upfront with their interests all while connecting them to a community of similar people. As young people grapple with their identity to find their place in the world, more and more of them are discovering that they feel more like themselves inside gaming worlds than in real life. Games aren’t just an escape anymore; the metaverse has become an extension of real life.

Big names are also finding ways to get close to their gaming fans by putting on virtual concerts or live streaming their own gaming experiences. With the Grammys introducing a new video game soundtrack category and Gucci launching an esports academy, it’s clear that the gaming world is here to stay and a new frontier for brand-consumer engagement. 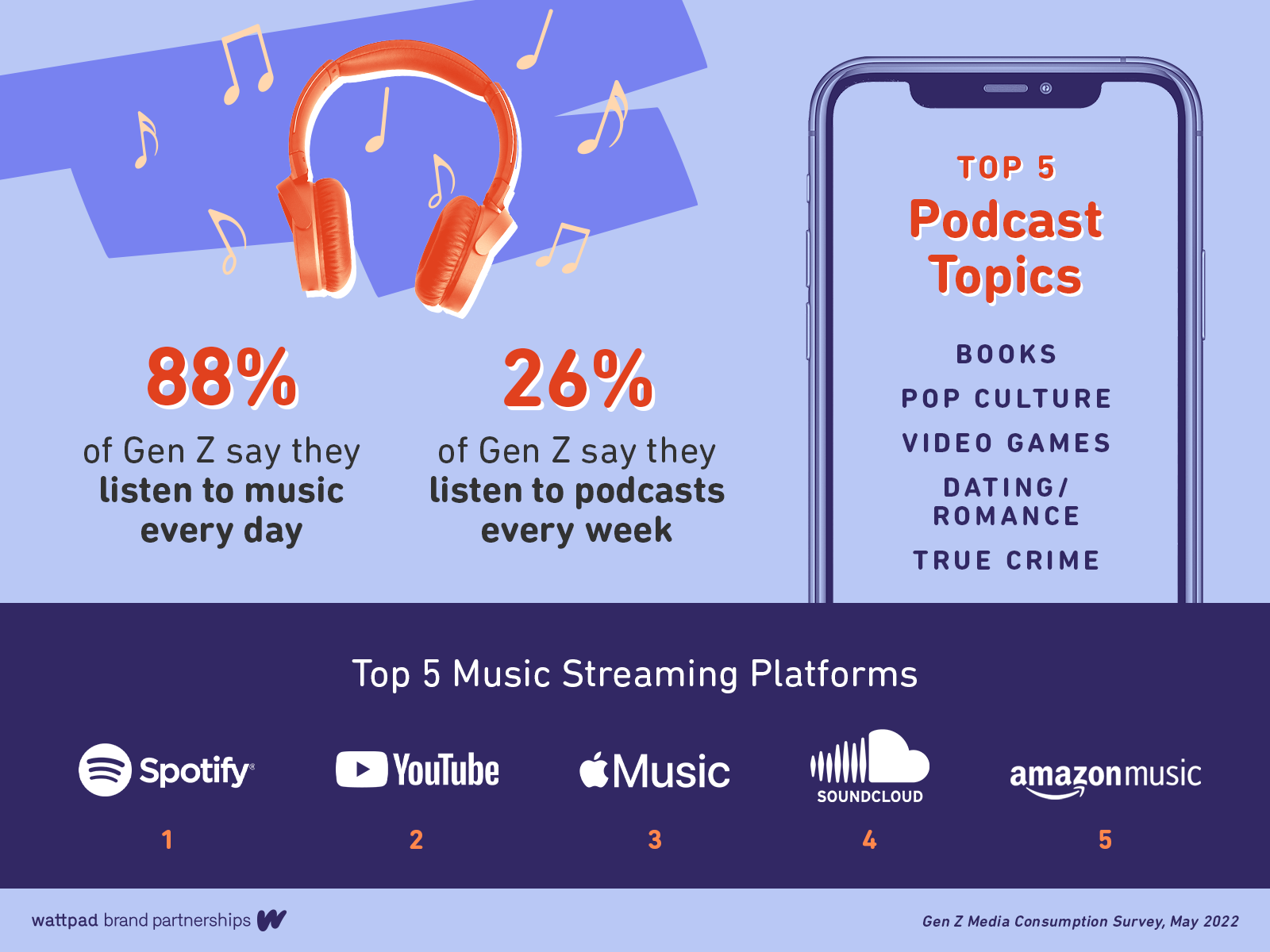 Audio forms of entertainment like music and podcasts are distinctly important to Gen Z. They’ve even helped them discover different sides of their personalities and act as dependable resources when they need support. Audio discovery has been most prominent on TikTok, where users can repost sounds from songs, TV shows, movies, and interviews, and reimagine them with entirely new meanings. Another live streaming platform called Twitch - once primarily used for esports - has become a medium for discovering new music. So much so, that 1 in 3 music listeners in the US find new music there. While posting on TikTok or Instagram allows Gen Z to share and connect with others in quick video bits, podcasts provide a safe space to seek tips and advice, and explore new interests.

From television to gaming and music, interacting in the digital world is no longer just a matter of entertainment for Gen Z. These platforms provide new ways for Generation Z to make connections with others and themselves. Cross-platform we’re seeing overlaps between these three industries, largely driven by Gen Z’s interests. As our survey insights suggest, Gen Z’s habits are deeply intertwined across all forms of entertainment and the possibilities for brands to tap into these industries are endless—if anything, Gen Z will be pushing the boundaries for more new, innovative ways to unleash creativity and self-expression.

Learn more about the gaming trend that’s become wildly popular amongst Gen Z and why it’s a great marketing and influencing tactic for brands trying to reach younger audiences.