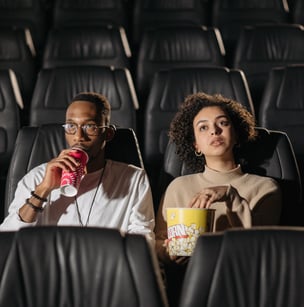 Reading or seeing a character you can relate to in books or on-screen is validating—just look at the Disney movie Encanto, for example, and how it impacted Hispanic and Latine children worldwide. It evokes a sense of belonging, of being seen, and of being worthy when someone who looks and acts like you gets screen time. But it hasn’t always been this way, and Hollywood still has a way to go.

Gen Z is calling on entertainment companies to authentically and respectfully reflect historically underrepresented groups of people. Exploitative cultural stereotypes in media have long been a problem, and this issue is especially prevalent when it comes to the representation of Hispanic and Latine ethnicities in the entertainment industry.

One thing that brings Gen Z together is their deep sense of kinship. Nobody wins if everybody doesn’t, which explains their devotion to fighting for authentic representation of marginalized people.

Moving away from stereotypes 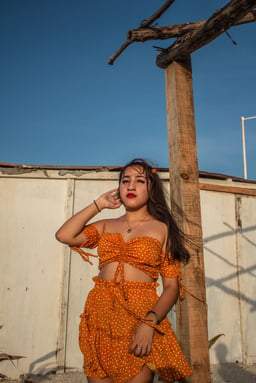 The entertainment industry has a painful past of relying on racial and ethnic stereotypes—and unfortunately, many of these stereotypes can still be seen in film and television today. People in many communities, like the Hispanic and Latine communities, don’t feel represented with complexity and diversity.

Recent data on Latine representation in television and film shows an overwhelming sentiment that there’s not enough Latine actors on-screen—and when they are, their characters and culture are subject to reductive stereotypes. Hispanic and Latine people still see themselves cast in demeaning roles that negatively depict their cultures, like criminals or cartel members who speak English with a heavy accent, restaurant workers, or gang members.

In Wattpad’s 2021 Keep It Real Report, Gen Z respondents said they want more authentic, well-researched representation, too. Potentially harmful representation has gone beyond screens to social media platforms, like the toxica trend on TikTok. The trend (which includes people from various ethnic and racial backgrounds) features a person speaking Spanish and grilling someone on where they’ve been and with whom. Some say it plays into stereotypes of the Latine community being toxic; others are calling for an end to the trend as it glamorizes unhealthy relationships.

Gen Z clearly expresses their want for authentic representation, despite getting swept up in the virality of trends that perhaps don’t reflect what they truly want. So what are brands to do?

Authentic representation matters—82% of respondents agreed that it’s important for them to see diverse identities in brand marketing and advertising, even if they don’t directly identify with those groups.

Disney’s Encanto was praised for its authentic representation of Colombian culture, with songs from the movie and childrens’ reactions to seeing themselves on screen going viral on TikTok and showing just how impactful specificity in representation is. Instead of distilling all Latine American culture into one, it championed the region’s diversity, similar to how the TV show Jane the Virgin gave viewers a genuine look into the life of a Venezuelan-American family, by celebrating the blend of both cultures without leaning on negative stereotypes.

Taking it one step further, the award-winning series POSE celebrated the real, intersectional stories of Latine and Black LGBTQIA+ people in New York’s Ballroom scene. Without shying away from the real challenges they faced in their day-to-day lives, they demonstrated the strength of community and impact that queer and trans people had on the subculture at the time—and it resonated.

Intersectional representation that focuses on real lived experience is more important than ever. Not only are these kinds of shows making an impact on the entertainment industry, sweeping awards seasons year after year, but they’re giving a voice and a platform to those who have been misrepresented and underrepresented.

Representation is more than quotas

Representation equality has long been approached with a quota mindset, meaning there were a certain (and finite) number of spots for marginalized people in various industries from the corporate worlds to movie sets. Quotas were seen as quick fixes for spaces that lacked diversity, but Gen Z challenges us to go deeper and expand the concept. More than ever, Gen Z is demanding equal access to opportunities and keeping their favorite brands and companies accountable.As the most racially and ethnically diverse generation yet, Gen Z is primed to fight for what they believe in, and to see themselves and their friends on-screen.

We know that Gen Z wants to hear and see more Hispanic and Latine voices on-screen, in media, and in stories. Check out how we catapulted Ariana Godoy, author of Netflix's Top 10 Non-English Films "A Través de Mi Ventana," to new heights of fame through the power of fandom.