The Exclusive Story of A Través De Mi Ventana

Ah, young love. There are few genres quite as influential, swoon-worthy, and heartbreaking as young adult romance. Ariana Godoy knows this all too well. The Venezuelan writer expertly captivated Wattpad readers over the course of two years with each chapter released from her sensational story, A Través De Mi Ventana.

From Wattpad to Netflix: The Exclusive Story of A Través De Mi Ventana 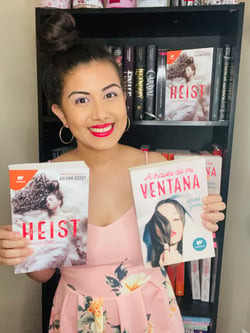 Sometimes the truth is stranger than fiction. After sharing her wi-fi password with her neighbour, Godoy developed the crush that would inspire her heart wrenching story about the highs and lows of young love. Wattpad readers were entranced, and the undeniable fanfare led to A Través De Mi Ventana finding its cinematic home on Netflix, an opportunity that mesmerized the young creator.

“I couldn't believe it. It took me a couple of hours of saying it aloud until I finally let it sink in. It's a dream. Netflix is the biggest streaming platform in the world and to know that your story is going to have such an amazing home and that's going to get to so many places is awesome,” she told Sweety High.

The film was a success from the jump. In its first two weeks on the platform, A Través De Mi Ventana was ranked the #1 Non-English Film on Netflix, leading to the streaming giant’s decision to greenlight two sequels for the franchise shortly after its premiere.

The Pathway to Success for a Latina Writer 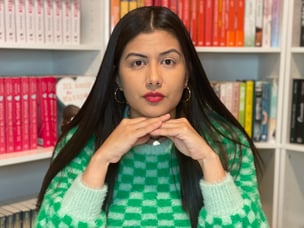 While Godoy has found immense success in her career as a creator, there were many twists and turns on her path to arrive where she is today. As a Latinx writer, carving a space for herself in the publishing and entertainment industries was no easy feat.

“[There were] a lot of closed doors, a lot of ignored emails. It’s not a secret that it’s very hard to find opportunities, to find people to believe in you and what you create. Luckily, platforms like Wattpad give the power to readers to build those doors for their favorite writers,” Godoy shared with us.

Since being published on Wattpad, A Través De Mi Ventana has earned over 350 million reads, a true testament to what can happen when creators have direct access to potential fans.

The Power of Creator Marketing

An enhanced brand of influencer marketing is on the rise, and Godoy and her peers are leading the seismic industry-wide shift. Brands, meet creators.

“Creators are where the heart is. We spend time building our communities, our online families and that is something extremely valuable. Amazing things can be accomplished when we partner to create together,” Godoy told us.

Creator marketing is quickly proving itself to be the ultimate way to reach the hearts and minds of Gen Z. It exists beyond gatekeepers, as anyone with a social media account can begin to develop an organic following dedicated to their unique perspective. 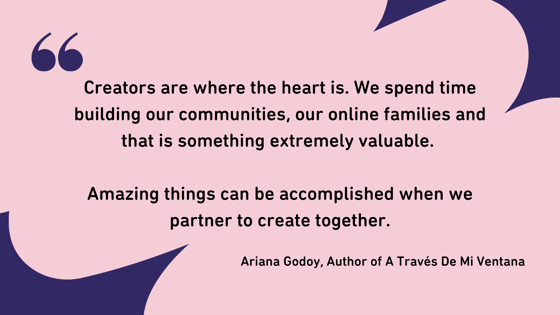 Wattpad is listening. We’re reimagining how media is produced and boosting diverse voices across the globe in an effort to support their careers. Each day, we connect brands to emerging Wattpad talent, providing opportunities for our creators, like Godoy, to reach their full potential, on our platform and beyond.

Looking for the TL;DR on ATDMV? 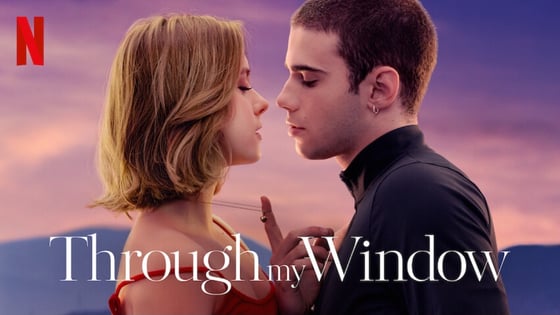 Brands have the opportunity to align themselves to unsigned, untapped talent on Wattpad as they rise to mainstream acclaim. Want to place your brand front and centre with the next big hit on Wattpad and tap into the fan bases of up-and-coming influencers? Get in touch at brandpartnerships@wattpad.com and learn how to drive relevancy and meaning with Gen Z.

With her Wattpad and silver screen success, Ariana Godoy joins the ranks of the many creators before her who’ve thrived on and off our platform. Read the phenomenal story of Anna Todd and her viral Wattpad sensation, After!