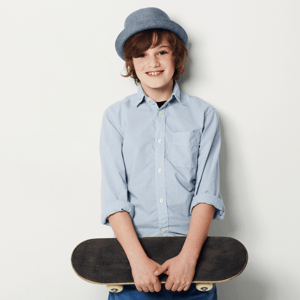 When it comes to forging connections with Gen Z, empathy goes a long way. As a generation that often comes under fire, Gen Z not only wants to be heard by previous generations, they also want to be understood. As marketers, understanding Gen Z is the key to reaching them. Which is why, in order to provide brands with a detailed, accurate picture of Gen Z, Wattpad tapped into our voluntary youth panel, Generation Wattpad, representing our most engaged community members, to create a census on Gen Z.

What did we learn? Well, a big part of understanding Gen Z comes from the realization that there is no blending these digital natives into one singular idea; they do not act as a melting pot that blurs the lines of culture and identity into one. Instead, Gen Z should be considered a mosaic--a beautiful picture made up of different colours and textures that come together to create a bold picture of individuality with some very specific key traits like their connection to the online world and their passion for social justice.

What does Gen Z care about? Equality

In our Census, we describe Gen Z as a socially conscious generation for good reason. No other generation grew up with smart phones at the tips of their fingers from a young age, or had to deal with a cellphone ban going into effect during high school. While constantly being “plugged in” certainly has its pros and cons, it is a reality for Gen Z that cannot be ignored. This reality has allowed Gen Z to watch the world shift and change in the blink of an eye, transforming them into the socially conscious youth cohort we know today.

Despite what other generations think of them, Gen Z is not a selfish or vain generation. Their worries are primarily focused on the “bigger picture” aka the fight to obtaining equality, but that doesn’t mean they don’t focus on themselves at all. Gen Z is not only worried for their future, they are worried for everyone’s future.

On a scale of 1 to 5 (with 5 being strongly agree), Gen Z’s belief that everyone should have access to equal rights regardless of race, religion, sexuality, gender, and citizenship averaged a 4.9 (strongly agree) ranking.

This belief in equality is admirable but doesn’t come without its stressors. 47% of U.S. Gen Z identify with mental health challenges like depression and anxiety, which no one just “grows out of”. Part of this epidemic seems to stem from the pressures of growing up in a world where they are expected to find success.

Why is Gen Z so stressed about the future?

There are a lot of reasons why Gen Z may be stressed about their futures. 74% of Gen Z said they agreed or strongly agreed with the following statement: “I feel [or felt] overwhelmed navigating the transition from being a teenager to an adult” and that’s no surprise. Growing up is a difficult task and no matter what generation you’re apart of, the world is in constant transition. What may have worked for a previous generation could have become obsolete for another and Gen Z is hyper-aware of this. In today’s world, competition is stark and there are few people who understand Gen Z’s unique struggles and even fewer genuinely willing to listen.

So, who is there to support Gen Z?

Other Gen Zs are often there for one another: 88% say they have at least one close friend they can share their personal troubles with. Talking out your feelings is half the battle. While their generation is certainly as diverse as it gets, no one understands Gen Z like Gen Z, though that doesn’t mean marketers should stop trying.

A big part of helping any individual or group struggling for representation is by listening to their concerns. Being seen is nice, but being heard is better. When conducting our Gen Z Census report, 47% in the U.S and 52% in Canada reported that they do not feel well-represented when it comes to advertising and marketing. A lack of representation means a lack of being seen and heard. Feeling invisible can take a toll on one’s self-esteem and encourage emotional distance.

With such a wide margin of Gen Z not feeling represented, there is a significant marketing opportunity available for brands to capture their attention and forge deep connections. An important note about Gen Z’s individuality is that it is rooted in the intersection between multiple identities (race, gender, religion, nationality). Gen Z’s attitude in regards to equality for all is a powerful indicator in regards to what types of marketing they commonly react to. A diverse campaign will perform better with Gen Z versus a campaign filled with only one type of person.

In the end, capitalizing on trends may wind up hurting marketers in the long run. As a generation, Gen Z is capable of telling the real from the fake better than any others. Striving to represent Gen Z and celebrate their diversity in numbers would allow this cohort to see themselves in brands that genuinely care about them.

To learn more about how to understand and represent Gen Z, download the Gen Z Census U.S. report where we break down their viewpoints, sexual preferences, family makeup, ethnicity, future career aspirations and more.