Looking back at Wattpad's most impactful brand campaigns

From the very beginning, Wattpad’s mission has been to connect and entertain. Creating top-tier entertainment and activating inspirational campaigns with accessibility, diversity, inclusion, and kindness at their heart has driven some of Wattpad’s most-successful brand partnerships to date.

For our 15th anniversary, we’re looking back on the campaigns that have combined empathy, awareness, and stigma-smashing energy—elements that are important to Wattpad HQ and the Wattpad community. Through working with brands like Maybelline, Ben & Jerry’s, National Geographic, and more, we’ve harnessed the creativity and talent of our community to propel brands forward and lift up communities in organic thought-provoking ways.

We were brave together with Maybelline 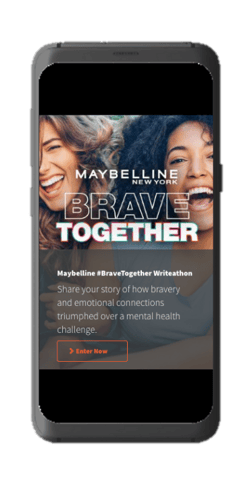 Maybelline is an iconic brand that has consistently offered innovative beauty and skincare products at accessible price points to everyone. With Wattpad’s core value of creating a safe and positive space for the community in mind, we teamed up with Maybelline to launch a stigma-smashing writing campaign called #BraveTogether.

The #BraveTogether initiative sought to break the stigma around mental health by encouraging Wattpadders to enter stories of their own mental health struggles and triumphs. We turned the winning entry—one of 20,173 (our highest number of entries to date!)—into a 60-second short film. Every story hashtagged #BraveTogether triggered a $1 donation to Crisis Text Line, a global not-for-profit organization providing confidential crisis intervention via SMS messages.

This campaign helped us kick off our first-ever branded #WattpadSpeaks event on YouTube, where three major Wattpad Stars took part in an intimate conversation about mental health, creativity, and community.

We sustained with National Geographic 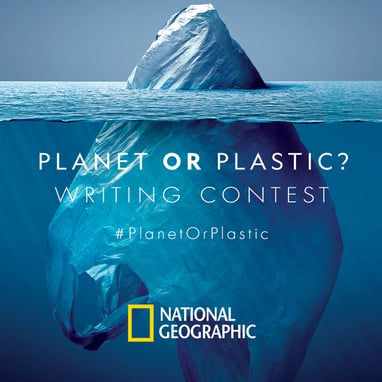 We know that Gen Z is passionate about pretty much everything—and that’s especially true when it comes to sustainability. It made perfect sense for Wattpad to partner with National Geographic, a legendary publication that offers perspectives on science, culture, history, geography, and spreads awareness about the climate crisis we’re facing today.

For our first-ever global writing contest in 2018, we launched our cause-driven campaign #PlanetOrPlastic, encouraging Wattpadders to reduce their plastic consumption by signing a campaign pledge. The campaign saw 6,210 story entries inspired by National Geographic photos of the global plastic crisis. With more than 75,000 campaign pledges and double our story entry goal, this project went on to win a Shorty Social Good Award and a Digiday Content Marketing Award.

We chose kindness with Lionsgate 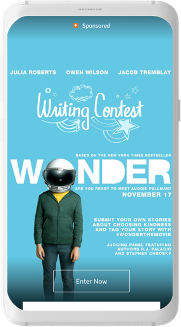 Wonder (2017) is a coming-of-age story that follows a boy with Treacher Collins syndrome, trying to fit in despite constantly being ostracized because of his medical facial deformity. Leaning in to the common experience of trying to find acceptance despite being different, Wattpad partnered with Lionsgate for our #ChooseKind campaign.

For this US-only writing contest, we asked Wattpadders to submit 500-word stories inspired by the theme of kindness. In collaboration with creator community Tongal, three lucky contest winners saw their stories turned into digital shorts. On top of receiving 1,197 contest entries, the stories saw more than 151,000 minutes of reading time and the Wonder trailer was viewed 2.5 million times in the Wattpad app alone. Going on to win a Digiday Content Marketing Award, the #ChooseKind campaign remains a superb example of the power of user-generated content creation.

We championed diversity and inclusion with Ben & Jerry’s 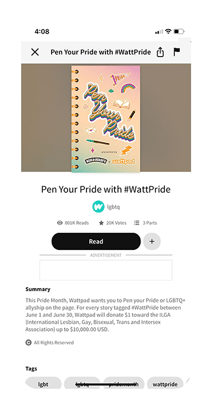 Ben Cohen and Jerry Greenfield, the founders of Ben & Jerry’s, are known activists especially in the LGBTQ+ space. From poignantly renaming popular flavors to organizing attention-grabbing acts of allyship, they’ve shown that where your money goes can mean something more than just enjoying a sweet treat.

In celebration of Pride Month in June 2018, we partnered with the ice-cream brand to launch our first-ever branded write-a-thon, Pen Your Pride, and raised $10,000 for the IGLA. The ask was simple: write about a moment of pride as a member or an ally of the LGBTQ+ community with the hashtag #WattPride.

The results were enormous, with the campaign garnering 590,999 engagements globally and a 203% higher submission rate for Canada alone. It became our most successful Canadian-branded initiative to date.

We entertained with Cornetto 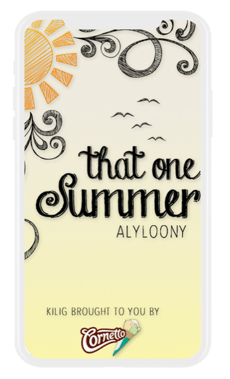 From the very beginning of Wattpad, we’ve had a loyal and engaged user base in South East Asia. Our very first branded entertainment campaign saw us partner with ice-cream company Cornetto. Together, we took a commissioned story shaped by the Wattpad community (using a vote-what-happens-next system) and made it into a film called “This Time”.

It went on to become the Philippines' biggest film of the summer in 2016, raking in 15 million pesos on its opening day and leading to a 20% increase in Cornetto sales that summer.